skip to main | skip to sidebar

The much-heralded New Yorker film critic Pauline Kael titled one of her collections of 70s-era reviews "Kiss Kiss, Bang Bang", and she meant it as a perjorative, her alliterative distillation of the rock-bottom allure of commercial cinema that rarely--she opined with her characteristically indignant sniff--aspired to deliver anything more than empty calories to its undemanding audience. Well, former spec script wunderkind Shane Black has appropriated the title for his directorial debut--a wily and winking noir pastiche that delivers exactly the kind of movie it promises to be and, sorry Ms. Kael if you're listening, is smarter than we the-great-unwashed probably deserve.

When inept petty thief Harry Lockhart (Downey Jr.) botches a toy heist on Christmas Eve that costs his partner his life, he manages to escape the cops by hiding out in what turns out to be a Manhattan casting call. His panicked and somewhat bewildered rendition impresses the casting agents and he's invited to L.A. and positioned as the Next Big Thing. To prep for his role, Harry shadows the glib and impeccably groomed private eye/consultant Perry Van Shrike (Kilmer), aka "Gay Perry" for obvious reasons.

Harry's nocturnal "research" with Perry--primarily eavesdropping on shady characters-- inevitably leads them to stumble midway through the body dump of a murdered starlet. Fearing implication in the crime, they botch a hasty cover-up that sinks them even deeper into a cloudy caper involving pulp paperbacks, switched identities, faked suicides, a sinister medical clinic, and a forgotten 80s cable film. And where's the Gumshoe, and the Gun, there's gotta be the Girl: here, she's the adorable Harmony Faith Lane (Monaghan) a thirtysomething, still-aspiring actress who's something of a Lauren Bacall reincarnated as a FHM cover girl.

As convoluted as "Chinatown" (Harmony's family skeleton smacks of Faye Dunaway's tragic third-act confession) and downright confounding as "The Big Sleep" (Hollywood legend has it that Chandler admitted his story made no sense when Howard Hawks was struggling with his adaptation), "Kiss Kiss Bang Bang" gets by on pure adrenaline and the combustible chemistry of its cast, whom Black awards some of his wittiest, and gloriously filthy, buddy banter, women and children included. Black further betrays his absence from the biz by sardonically revelling in the tale's inherent absurdity, right down to having Downey's breaking-the-fourth-wall narration acknowledge awkward stagings, lacklustre scene payoffs, and apologize for leaps in disbelief. This is a movie about movies--the literal minded should take heed and save their sheckles for Xmas season Oscar bait.

Post-modernist showboating aside, Black's affection for classic noir fiction is evidenced in the film's onscreen chapters, each named for a Chandler story ("The Lady In The Lake", "Little Sister", among others).

Incredibly, the screenwriter who had broken sales records with "Lethal Weapon", "The Last Boy Scout" and "The Long Kiss Goodnight" was unable to interest studios in the property so Black called upon his old pal Joel Silver to beg for financing. Despite modest funds, DOP Michael Barrett and production designer Aaron Osborne have crafted a dreamy neon-washed playground--owing more than a debt to the palette of Altman's definitive "The Long Goodbye"--punctuated by John Ottman's jazzy score and Saul Bass-influenced animated titles and transitions.

And if that's still not enough to convince you, then ask yourself if you can consciously avoid any film that can lampoon Abraham Lincoln AND "The Warriors" star Michael Beck with equal aplomb... 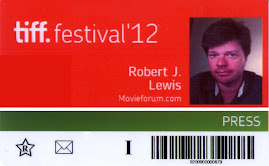